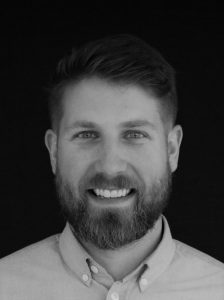 When Phil Hanson’s wife was offered a job that would take them from their home in the U.S. to Denmark, Phil wasted no time in signing up for a full time MBA with CBS – and secured a career-defining position in the process.

“When my wife accepted her promotion in 2014, it meant that she would have to relocate to the company’s global headquarters in Copenhagen. Back then, I was happily working with a technology start-up in the States but relocating to a new city in Europe really appealed to me, and I had already thought about studying for an MBA. I wanted a course that valued leadership, entrepreneurship and sustainability and when I checked out CBS, it seemed like the perfect fit.”

“To cut a long story, we made the move and started a new chapter in our lives. It was an exciting experience, setting up and getting acclimatised to Denmark and the local way of life, and we soon found that it’s a society that is almost driven by networking and if people know and trust you, they’ll introduce you to other people and so on. Before we knew it, we had a great circle of friends.

“Meanwhile, I was really enjoying studying for an MBA in Europe, especially when Niels Henrik Sodemann, the founder of Queue-it, came to do a talk as an alumni. The company was a few more years down the line than the one I’d just left and I was interested in his thoughts and experiences. While Danes and the Americans are two very different nationalities, I like how the Danes don’t sugar-coat what they’re trying to say. They ‘shoot pretty straight’ and you don’t need to read between the lines with them. They’re also not strictly hierarchical and I respected the fact that a boss like Niels would pick up the coffee cups and wash them as often as the office junior.

“As we struck up a relationship, it turned out that Niels thought that an American with a background in marketing would be helpful to his company and so I joined Queue-it in Copenhagen. My wife’s job contract had been accepted and I had come to the end of my MBA, so I felt ready to take on a new challenge. Queue-it had around 35 people back then, and I hit the ground running at a time when the company was expanding and wining big new customers.

“After a while, Queue-it’s virtual waiting room software-as-a-service began taking off all around the world and it soon became clear that North America was going to be a huge market for us. We began winning large customers over there, but it wasn’t without its challenges. There are cultural references and conversation-starters that you can only get a feel for if you’re based in the country, and we were taking West Coast calls at 4am in the morning, which can be a bit much after a while!”

Return to the U.S.

“I was invited to go back to the U.S., to open the office and become CEO of Queue-it in North America. Meanwhile, my wife’s contract was nearing an end and she was in a good place to handover what she was working on. So while the planets had aligned to get us to Denmark in the first place, it seemed as if they were aligning again to get us back to the U.S.

“It was my responsibility to lead our expansion, primarily through sales, and to build the team and the departments that would enable us to meet our targets. And while that was an exciting proposition, it wasn’t intimidating. It’s a rock-solid product and my MBA had given me the best business platform I could ask for. I had the tools to take a view of the whole business, to scrutinise the needs and the roles of the different departments, and to apply my strengths to where they’re needed most. As we grow, I know that I still have skills in reserve that are ready to deploy when I need them.

“For me, studying for an MBA was crucial in that it made me realise that I wasn’t – and couldn’t be – good at everything. This is something that isn’t talked about much, but it’s important to be aware of your weaknesses as well as your strengths. People will succeed when they’re doing something they enjoy or are good at, and they’ll always struggle with the stuff that’s not in their ‘wheelhouse’. Studying for an MBA in Europe forced me to confront where my personal challenges were and to refine my strengths.”

“Today, we have over 25 people in our North America office and I’m constant contact with our Danish office. In fact, we’re sending our first US employee out there to work soon and that’s very rewarding. I talk about the CBS MBA and how it helped me raise the bar in business and I can definitely see me going back there one day, perhaps to give an alumni presentation like Niels did. That would be super fun and rewarding.”

To learn more about the Full-Time MBA (a.k.a The Copenhagen MBA): Click here to download the brochure

As an Icelandic supreme court attorney, Herdis Hallmarsdóttir played a key role in litigating one of the world’s biggest bankruptcies. But when she found breathing space in her schedule in 2018, she applied herself to an EMBA at CBS and is set to graduate in 2020.
Alumna Priyanka Bansal began her career in India, completed an MBA in 2012 and now works for Ikea. Here, she explains how the Copenhagen MBA provided extraordinary growth and revealed new career interests.
Kelsey Frandsen, alum of the Full-Time MBA (class of 2021) and Corporate Sustainability Specialist at Pandora, identifies how sustainability has been the red thread of her career and how the Copenhagen MBA’s offering of diverse perspectives is a unique and invaluable experience.