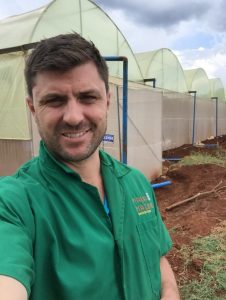 CBS alumnus Jack Langworthy was originally drawn to a full-time MBA by the prospect of moving into a higher income bracket. And while the American entrepreneur achieved just that, his heart led him to Africa, where he put his business skills to use creating a wonderful life for his family and making a real difference to local people too.

When I started to think about pursuing an MBA, I was an LA guy working as a Logistics Officer at Cheetah Development, a company based in Tanzania; we were storing maize and helping famers to get good returns at market. I had first moved to the country as a volunteer for two years teaching maths and physics in a remote village with hardly any electricity. Life then was about adventure and seeing the world, but I began to think about finding a purposeful career.

One day I spotted a Wall Street Journal article talking about the average income of MBA graduates and CBS came out really well in its global earnings list. I was taking home a low income back then and felt I needed to level up. I didn’t and don’t think there’s anything wrong with going to school to get a higher paid job – that was a deciding factor for me!

Then there was also the opportunity to live in Europe – and Copenhagen itself. It’s a cool city, the design, the people, the atmosphere, hygge… And the Scandinavian business community has so much to offer (although I didn’t fully appreciate that then). 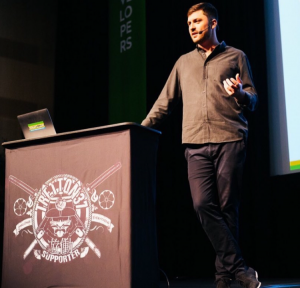 The difference between rural East Africa and Copenhagen is like night and day, as you’d imagine. Tanzania is so chaotic. There’s terrible infrastructure, the roads are dusty, it’s crowded and there are cattle in the marketplace, but I like the country and back then it had been home to me after three years.

By contrast, Copenhagen was clean and ordered, the buses were expensive, beer was expensive and I didn’t understand the language – that got me in trouble a few times but the Danish people are very forgiving! I soon began to integrate, marvelling at the way Danes are able to travel everywhere by bike and still arrive looking gorgeous! I can’t do that – but it is still my favourite way to get around!

The full time MBA was intense, there was a big workload – but that really helped us all to bond – there were around 40 other students from 20 other countries on that 2012-13 cohort. We all worked out how to handle it and succeed together. On the first day, you could see the nervousness and anticipation on all the faces of people who had moved from all over the world, not knowing what to expect. But no one was disappointed. The professors had a deep knowledge of their area – whether that’s CSR, marketing, management. It was entertaining. It was also daunting, but it’s set up in a way that will challenge you and change you, make you read and solve problems. It was a great education.

I was concerned about getting a job afterwards. My plan was to change industry, country and income level – that’s a lot! It took me a few months after graduation, but CBS offered me great coaching and support, with my CV, with networking and generally how to get myself in a room and be taken seriously. I landed an executive support level job at IKEA – it quickly put me into the top 10% of earners in my age bracket in Sweden.

It was the job I thought I wanted in one of the greatest companies in the world. It has a great Scandinavian ethos and a flat management structure. My MBA helped make it possible and I was able to put so much of my learning into practice and get great insight into how hugely successful businesses work. I had the tools I needed to do the job well, but it didn’t feel like the perfect fit. My heart was still in Africa.

I began working on a new business idea – NINAYO, an online trading platform that helps Tanzanian farmers sell their crops. IKEA gave me the flexibility to explore this and to travel to San Francisco to seek funding. It took some time and a few failed attempts before the CEO of Uber called me to see him and agreed to become my main investor via a Y Combinator-style accelerator they had introduced. Visiting the Uber co-founder’s office in downtown SF was another pretty unique experience – a stratospheric leap from Tanzania! So I left IKEA in 2016 to start my East African business journey. 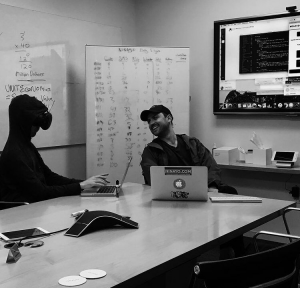 I worked on the company full-time and it has grown tremendously. We’ve pivoted a few times. It started as more of an eBay or Craig’s List type thing, but what we’re offering now is an ability for people to own their harvests as a digital asset on their phone so we’re more involved in the logistics – moving the maize, storing the maize and letting the farmer focus on farming and getting the best service possible. We’ve worked with the UN and the World Food Programme. We have 10s of 1000s of users on our website. I’m proud to say it’s making a difference in the area and is now almost entirely run by East Africans.

I am 35 now, married, with a child. Alongside NINAYO I am working on a biotech company, Maua Mazuri, that generates healthy seedlings in a laboratory. I want to make sure people have non-GMO, healthy planting materials and then connect them to the market as well. This sector is so inefficient here, but we’re working to help as many people as possible to legitimise their small holding business and get the healthiest returns they can. It’s called the COOP initiative – Cycle Out of Poverty – we connect the farmer to a bank so they can get the finances, our agro inputs for the seedlings, and then a guaranteed off-taker as well. It’s a revenue generating project for farmer and it can really help them make a decent income. So that’s really the focus right now.

And the future? I just want to keep building businesses here in Tanzania. I love it out here. 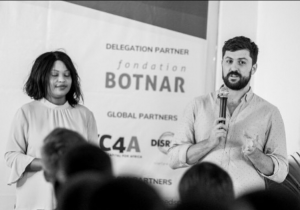 To learn more about the Full-Time MBA (a.k.a The Copenhagen MBA): Click here to download the brochure

Tobias Nielsen embarked on his EMBA to take his already successful career in radio to the next level, and duly found himself swapping Copenhagen for London.
Claus Hovmøller Jensen received a promotion after completing a CBS EMBA in 2017. Here, he explains how the course boosted his career – and how its structure fitted in with his approach to learning.
We asked Fatima Dhaif, admissions manager for the Copenhagen MBA, to give us her views on the MBA and to outline what students can expect from their year in the city…